Krav Maga(contact combat) is a self-defense system developed for the military in Israel that consists of a
wide combination of techniques sourced form Boxing, Muay Thai, Judo, Jiu-Jitsu and Wrestling along with
realistic fight training.
Krav maga is Known for its focus on real-world situations and extremely efficient and brutal counter-
attacks.
We also trained korea’s traditional martial arts during 40 years ,and auditioned Russian special forces’
martial arts so did Innovative convergence ,very reality based its,so very effective . 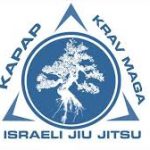